What is forex? (Forex Trading for Beginners) 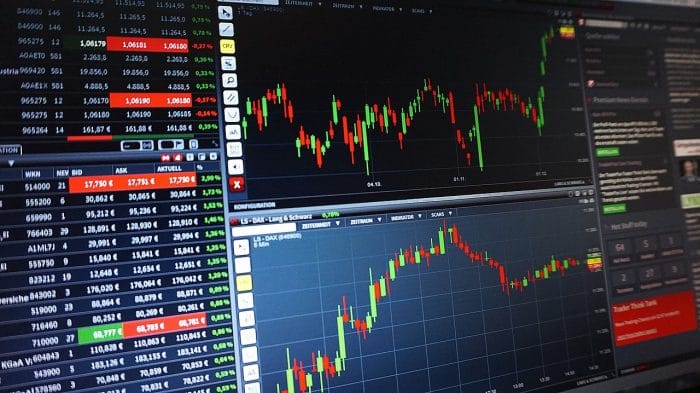 Forex is a worldwide investment market

Forex, or foreign exchange, is a market where all variations of foreign currencies can be traded. Forex is currently the world’s biggest market, with daily trades up to 5 trillion yen (JPY). Compared to the stock market, the Forex market is by far the bigger, and more exciting, market.

In the next few years, a type of trading called margin trading will synonymous with the word Forex. Margin foreign exchange trading in the world’s most exciting market allows individuals (and companies) to trade freely with a relatively small deposit coupled with high leverage in order to attain larger profits. Of course, the other side of high risk, high return, is high risk, high loss. While there is always the possibility of this happening to traders, some Forex companies offer loss protection services and don’t charge traders for more than their current account balance in the event that a loss exceeds their balance. This means that, depending on the company, trading on the forex market can become high risk, high return only.

Profits are earned through exchange gains and “forward points”

A short trade, where trades are usually settled within a day. The fastest cases of buying and selling are conducted within a minute and are referred to as “scalping”.

Swing trades are longer than a day trade, with buying and selling conducted within two to three days.

This trading type is generally for long term traders who want to “swap” currencies. They hold their position for anywhere from a few weeks up to a few years.

Due to the Forex trading system placing leverage on a relatively small deposit, long term contracts hold a lot of risk. Therefore, the main types of trading are day trading and swing trading. Those who aim to swap currencies using position trading generally make their money off of profitable fluctuation “points” between the policy interest rates of two countries, rather than their exchange rates.

The Forex market is open 24 hours a day

As Forex is a worldwide currency trading market, exchanges are open 24 hours a day, Monday through Friday. Trading is largely based in cities like Oceania, Tokyo, London, and New York, all of which cover different time zones. This makes it possible to trade at any time, because one market opens as another one closes.

The Forex Market is mainly focused on the following major currencies

The United States dollar, or USD, has established itself as a key international currency through the economic and military power of the United States. Because of this, it is not uncommon for the USD to have an effect on other major currencies. The USD is heavily connected to the US economy, and various economic indicators from the Federal Open Market Committee (policy-making arm of the Federal Reserve Bank) are always worth keeping an eye on.

Born from the integration of European countries into the European Union, the Euro (EUR) came into existence in 1999. The Euro was expected to be the next USD in terms of currency strength, but with the uncertain conditions in Greece and the European debt crisis, the future of the Euro has come into question.

Ranked as the third largest currency market, Tokyo’s Forex market stands beside New York and London in a show of the uniqueness of the stability of the Japanese yen (JPY). The Japanese yen is marked as a major world currency.

The pound sterling, or GBP, had existed as the number one major currency since the beginning of the 20th century. However, the United States dollar overtook this position after the events of World War II. Despite this usurpation, the Thatcher administration managed to bring back the pound (as it is commonly known) with their Big Bang policy of deregulation of the free market.

The Swiss franc (CHF) can be sourced to the eternally neutral Switzerland, a country where the interest rate average is low and the exchange rate is generally good. This makes CHF a popular currency for emergency funds among other things